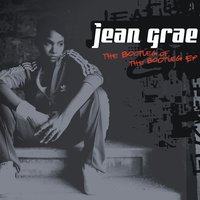 Claiming the, city is mine, prettiest dime
I don’t like the way that people defending Kelly in public
Wide spoken on the, quote it
Similar, get it
tatted
Below the shoulders spelling, «Jean Grae»
Inside picket fences and larger houses imitating
My life of living is a constant struggle
Juggle with empty hands
Troubled and worried about the future plans
Hoping God’s looking out of high windows
Keep climbing, keep falling back
Sip a little Cognac
holding pennies inside a wallet
Instead of dollars holler if you feel it
The quest for dollar, an achievement
Bleed until my final hour, believe it
This hunger never quit, it only goes deeper
Get high, try to get my burn on like a ton of reefer
I’m a fiend
Stay on my mind, it’s all green
You don’t even respect the history, or bother to notice
Street in effect credit, somebody’s child is claimed dead, but fuck it
He used it in a single, most of you using less bars and more hooks
Juggling titties, sell a song
And crooks and criminals in Entourage but nobody’s wrong, come off it
I’ve seen a puff and plenty, in case the bass is friendly
Can never kill, I’m ruthless only for the mic to
You can keep your cases for shit, I’m chasing this dream
Running a thousand feet in the sand, envisioning cream
Replacing rock, hitting brick walls, door shut
Take my picture blow it up, post it on promo
Fighting it solo, to rock the boat
Alone in it, praying like Charlie for golden tickets
I’m sick of women diminished by bitches claiming they kick it
Written strictly from the heart, skin will never be seen
Not for green
Niggas dying
Higher than kites, blood on they flyest clothes
Lying hoes, repping women, stripping, neglecting they children
Deconstruct an education as quick as they could be gaining elevation
But it’s always easy to dumb it, you want it you got it
A nation of instant gratification
Either microwaving or speeding to some fast
Scheming to reaching, American dreaming is catching up
I mean you walking home and might get hit by a sniper
Life is always unappreciated, especially us
It could be genocide for certain ‘less we strengthen it up
Awake and take control and be the colors we blush
Creation never meant to get as far as a bus
Forsaken, all the splendor rendered us blind
Thinking the role of recline
Watch Green Mile to open my mind
And take me to other places with Michael Duncan and Tom, gotta feel me
Too much of something’s never good, keep it only for nights
dream, state of mind’s all green