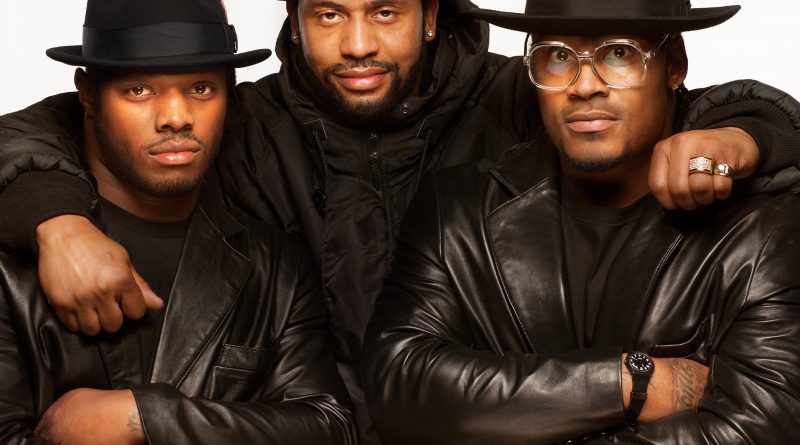 Kings from Queens from Queens come Kings
We’re raisin hell like a class when the lunchbell rings
The king will be praised, and hell will be raised
S-s-s-suckers try to faze him but D won’t be fazed
So what’s your name? D.M.C. The King is me!
Your High-ness, or His Majesty!
Now you can debate, you c-c-c-concentrate
But you can’t imitate D.M.C. the Great!
Dissin all devils, causin havoc in HELL
At a very high level base and treble shall YELL
Heard in the heavens are the sounds supreme

So clear to the ear it is sometimes seen
So loud like a cloud with thunder and LIGHTNING
So proud to the crowd it is somewhat FRIGHTENING
No calm in the storm like a beast unleashed
There’s no stoppin’ ’cause the rockin cannot cease; BREAK!
You see it’s harder than hard, not one bit soft
Courageous and contagious so you better break North
Not a cold, on a roll, did you hear me cough?
Just listen while I’m dissin cause you’re pissin me off
Cold bedding is spreading all across your face
You can’t take when I break and if that’s the case
I’ll go on, and on, and kick the bass
So back up off the cup while I take my taste
It’s highly appraised when the hell is raised
So demanding and commanding that you all stand dazed
The unbelieving receiving prophecy so true
I cut the head off the Devil and I throw it at you
My mighty mic control, already brought his soul

The rock king is so bold when he rocks and roll
A black hat is my crown, symbolizin the sound
Signifyin, we won’t play around; BUST IT!
Rappin and climbin beat-makin every day
No synthesizer sound, so silence when I say
I am great, get it straight, cause that’s my fate
My name is Run I’m number one, that’s how I rate
He’s in the place with the bass, and style and grace
His name is Jay he’s here to play, and win this race
He’s off the wall, on the ball, his name is D
Kind of tall yes y’all, he’s down with me
From the mountain valley to the deep blue sea
The word is heard as told by D
I don’t sing I bring, much delight
Like a star shinin bright in the darkest night
If you are cold, I’ll bring you heat
Like I brought the whole world my funky beat
Mysterious and serious I ain’t no joke
Fire from the depths of hell AND YOU CAN SMELL THE SMOKE!

Kickin and tickin while you’re havin a ball
Like chicken finger lickin I’ll be vickin you all
So +Do The Bird, have you heard, did they give you a call
Just me and D.M.C., cold shakin the walls
There’s no fearin when hearin sound of this kind
Across the land every man is goin out of his mind
On the face of the earth spreading like disease
Contaminating infiltrating like a horde of bees
Lord of lyrics, duke of discussion
Ruler of rock, and king at cold-crushin
Puller of people — controller of crowds
Lingering lyrics, long-lasting and loud
Left y’all, ah to the left y’all
Because I rock upon the mike real def y’all
And to the right y’all, ah to the right y’all
Because I rock upon the mike all night y’all
You see, I.
. want respect, if I’m correct
They’re all like a ball that I have checked
And the shots they take have no effect
The punk tried to dunk but he broke his neck
Cause I rock harder, and I get farther
You wanna battle D hey please don’t bother
To waste your time, messin’ with my rhyme
The only kick you get out of is in your behind!