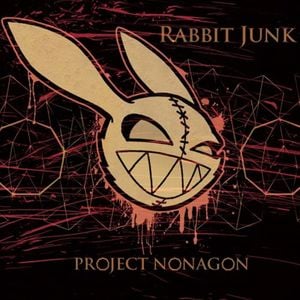 Слушать Rabbit Junk — From the Stars

Текст Rabbit Junk — From the Stars

The first body we found little more than a dried up husk. It hadn’t been there for long. It still had a full kit, ammo, rifle, half pack of cigarettes in the chest pocket
No visible wounds
His uniform was unfamiliar, not one of ours. Like us, he had no flag on his sleeve. I stuffed the cigarettes into my pocket and pulled its cap over its face
About as much ceremony as any of us deserved
We got the signal to proceed and made our way deeper into the structure. In the maze of hallways we found more bodies, desiccated, no wounds. All dead without firing a shot
We had no idea what we were dealing with
And we weren’t the first to try. I put my wristwatch to my ear to make sure it was still ticking. It’s an old habit. We hadn’t been told where we’re going or why. We had no idea how big this thing was
And we knew we weren’t alone

O’ body heat, caress thy wicked sense
Let man’s image penetrate the clouding lens
May we see an end to our gnawing frustration
From the stars to the cradle of creation

We started back tracking our way though the structure. Our pace steadily quickened, like we were being followed
Our hurried footsteps echoed on the metal walk ways. We should have been out of there in just a few minutes, but instead we seemed to be going in circles
I was breathing sharply, fighting feelings of panic, trying to remember the way out. That’s when I felt it
A penetrating cold in my chest. I choked on my breath, unable to move, suddenly paralyzed, held by some terrible force

May the void bless this feast, may the bounty never cease
May the fluid ever flow, may our young grow and grow
We blessed few to become the crimson hue
Shall make a paradise of this world anew

The air filled with a plume of crimson. A network of veins took shape around me, the scarlet fluid outlining a bloated form floating in the air
I could feel a cold gelatinous digit probe the inside of my mouth. My eyes were locked open, enslaved to the horror unfolding before me; my blood curdled in its gut and flared throughout its tissue
The tip of my finger brushed the hilt of my knife. Rage boiled up from the depths of me and brought my last remaining strength with it
I heard my watch tick
I grit my teeth
And lashed out with the blade
Feel the spray from wound I had made
Pushed the horror aside and rose to my feet
I’m gonna take you with me!
Others closed in with menacing glee
Floating and bloated with eyes hungry
I felt overwhelmed with the will to survive
I roared like a lion and lunged with my knife

Obedient ones to the old ones ways
Drink to them to slow our prey
To give us strength in the face of leaded sting
To the glorious hunt, may sustenance it bring 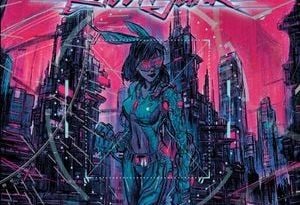