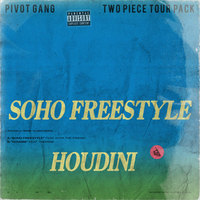 Ohh
Yeah, ayy‚ yeah‚ ayy‚ ayyHad a plan, grab a pan from out West, grabba bands
Girlfriend‚ she get sticky like a amphibian
I’m the man, 20 grand, Pivot Clan‚ that’s my band
And that shit for life, but it ain’t no tats on my skin
I get paid every K, then you hatin’ and shit
Got a care on my head, but this Bape on my fit
Runnin’ laps ’round the lands, on some Daytona shit
We fight wars with my boys, so I’m takin’ the risk
Fight a fan, Ron Artest, you salty man, heart attack
They say that wouldn’t happen’ like a black man called the cab
Yellin’ free my niggas until they all free, Carter V
You don’t never say I’m circlin’ shit in a Cadillac
Hand me the ball, I get involved
Niggas they ain’t fuckin’ with Pivot no more
People was sleepin’ on me and the boys and now we in the green
You can see the report
Rather me fail than see me in Forbes
If I take an L, then it was important
I treat the chat just like it’s a toilet
All of my niggas we needed a portion

Ayy, ayy, mm, mm, yeah, uh
Big nigga love the yams, burnt my soul in the kitchen
Leanin’ like italic with a bold disposition
That moment like a padding got a soul with some stitches
Witness like snitches, the globe gotta get this
Viral infections, connect it like Nexus
Lowkey I ain’t never spend a T like Texas
Before I speak, feel me like bestest
Before I eat, break a piece, I ain’t selfish
Slum Village took it all back, it was some pillage, none fillers
Flippin’ dope like brick under the tongue, ain’t it
Gave me Cudi, rock my mic, and started hummin’ it
Tried to cripple me, but you know how I’m bombin’
Move through the pain, you lose same, least I thought so
Money on rain, grind a name, got me far so
Buried away, they still digging like fossil
Shine with no drive in no lane, you a car showYo, ah, yo, yo, yo
Broadway, broad day in the Uber with the tints now
Always we was guttin’ hella Dutches sittin’ in the hallway
I was throwin’ in a hand, now I’m holdin’ all spades
And my shorty is a ten, ten, ten, I be stackin’ like win, win, win
They tunin’ in, like it’s ten ten wins
I know that we been lit, I know that I got it nigga
I don’t gotta’ spend it, ain’t too many items on my wishlist
Comin’ out of hiding ’cause they do not wanna miss this
Wakin’ from they slumber, ’cause they tryna bear witness
Droppin’ in the summer, but they treat it like it’s Christmas
Couldn’t finish school, I’m just happy that the pen hit
When I’m in the hood everybody show me real love
Ten pounds every ten steps, homie down ya’
Shawty blow me up when she see I’m in her town, look
I’ma hit you up, if I see you on the route, uh

Touch
Watch me work, lil’ player he from the dirt
Dirty hands, all my mans got they palms on alert
Dame Lillard thing, believe in our worth, time to curse
Any nigga tryna watch us like the first
Pivot run it back, they reacted, track
We done black, like the hearin’ back, hearin’ that bag if they lack
Ain’t no backin’ down
Comin’ through the back since the grams came
My man Sam ran it like a stack, so keep it comin’
Keep it a hundred, yeah, one-double-o
After the show we meet the other half
Deposit at the door, I need legit since my business legit, I was poor
Nigga broke about they mold, never broken on the code
And it’s cold where I’m from, runny nose in the slum
Run these shows, and we ’bout to run the game
What we done? We beat the odds
It was never in the cause from the jump
Need it all, you can call, but we really on the run, nigga 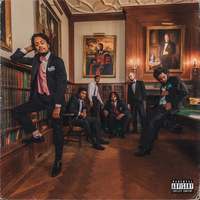