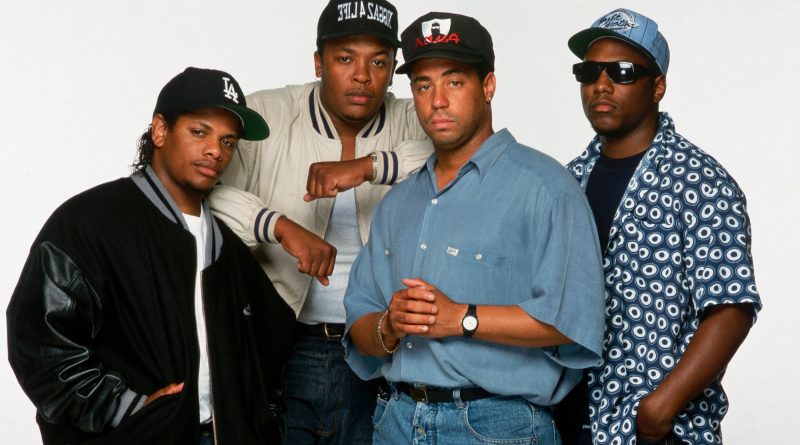 Fuck the police! Fuck, fuck, fuck the police!
(Fuck them motherfuckers!)
Fuck, fuck, fuck the police!
(Get paid back) You’re motherfucking right, yo
Fuck the motherfucking police!
They don’t want peace, they want a nigga deceased
So he’ll cease to be a problem, and by the way the perform
It seems the Klan gave the white police another uniform
And yo the black police, the house niggaz
They gave you a motherfucking gun, so I guess you figure
you made out, good to go, but you didn’t know
They would stick your black ass back in the ghetto, yo
To kill another nigga, catch him with crack, in fact
Freebase — they put in the neighborhood in the first place

But the brothers ain’t stupid, remember that
You got a gat, I got a gat, so whassup with that
A to the motherfuckin K
The last words you hear, then the smoke appears
Tears, from your motherfuckin family
They’re starin at me, but I’m goin gun happy, fuck em!
Shootin everything in sight tonight’s the night to get hyped
and fight for what’s wrong, fuck what’s right!
And by the way, my name is Dre
So listen up motherfucker to what I gotta say, yo
Fuck the police! Fuck, fuck, fuck the police
Fuck
Fuck, fuck, fuck the police
(Now for the first episode)
Yeah that shit’s hittin man, where the volume at?
Hold-up, hold-up, hold-up, one-time, one-time, one-time
Put the joint out! Put the joint out!
Hey you motherfuckers want to step out of the car?
Don’t you know it’s against the law to play music so god damn loud? Shut
the fuck up! Go to jail? Gimme that shit you was just smoking
Motherfuckers from high crime areas view the police as a threat

And that’s some shit you betta not forget
Eazy E’s the name feared by most
When, a lil nigga is thrown in the pen
But on the streets there’s two kinds of people
White rich fucks and the ones who get harassed like me
Pull over to the side, routine for me
Tearin up my shit, like they lookin for a key of cocaine
But they never find the shit
Ain’t got nuttin better to do and nobody else to fuck wit
Thinkin everything is stolen
But can’t face facts that a young black nigga’s just rollin

Making more money than they ever make
Taking more shit than they ever take
Yo pigs are made to kill, and no regret and
keep your hand on your weapon shoot his ass and start steppin
Cause I’m a nigga that don’t give a fuck about nothin
So let me explain a lil somethin, yo
See, I got this problem, a big problem…
Cops don’t like me, so I don’t like motherfucking cops
Fuck the police! Fuck, fuck, fuck the police
Fuck
Fuck, fuck, fuck the police
Get out of the fuckin car!
Wait a god damn minute what the hell did I do?
Hey just shut the fuck up black bitch
Wait a minute, you ain’t gotta be pullin me by my motherfuckin hair! Let
go of my motherfuckin hair!
Hey just step the fuck back and shut up!
Get your motherfuckin hands off of me!
Calm down, calm down now… listen, we’re gonna go around this corner, and
you’re gonna suck me and my partner’s dicks, or you’re gonna

be one black dead nigger bitch
Police brutality is common in my neighborhood
That’s why I hate them motherfuckers
I said fuck the police but with a little more force
And maybe now I get my point across
It’s a lot here that’s goin on, just open your eyes and look
Everyday a young nigga is took
Off the face of the street by a police
It’s like they gotta a nigga chained on a short leash
You can’t leave out the city that they shacked up
Cause if you do that’s the right they got you jacked up
It’s embarassin because you know they justice, but all you can do
is say fuck this, because if you move, that’s all she wrote
So what? The excuse to shoot, or they rather stomp your head
til you’re dead with the steel toe boot
Harassin me with some kind of mind game
Actin like a nigga just was born with a gang-name
You call that right but when you’re black there’s no right
Some recreational shit was only a gang fight
So shootin at the cops was a street thing

To waste time have to explain don’t do cocaine
But everything was done just for peace
To retaliate, on the fuckin police, so I’m sayin
Fuck the police! Fuck, fuck, fuck the police!
Fuck

Fuck the police! Fuck, fuck the police!
(The final episode)
Hey Juan, look at the piece of ass man
Watch out watch out watch out homes!
Oh shit man you fucked up, you hit a police car
I didn’t see that piece of caca!
Better act like you don’t speak ingles homes
What the fuck? Get your ass out of there, I’ve had enough
of your raggedy ass motherfuking shit!
No! No me pagan, por que me pagan, no! Por favor, no, no!
Por que?