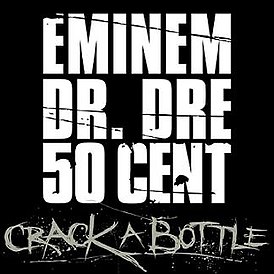 Ladies and gentlemen, the moment you’ve all been waiting for
In this corner, weighing 175 pounds
With a record of 17 rapes, 400 assaults and 4 murders
The undisputed, most diabolical villain in the world, Slim Shady

So crack a bottle, let your body waddle
Don’t act like a snobby model, you just hit the lotto
O-oh, o-oh, bitches hopping in my Tahoe
Got one riding shotgun and no not one of them got clothes
Now where’s the rubbers? Who’s got the rubbers?
I noticed there’s so many of them and there’s really not that many of us
And ladies love us and my posse’s kicking up dust
It’s on till the break of dawn and we’re starting this party from dusk

Ok, let’s go
Back with Andre the giant, mister elephant tusk
Fix your must, you’ll just be another one bit the dust
Just one of my mother’s sons who got thrown under the bus
Kiss my butt, lick fumunda cheese from under my nuts
It disgusts me to see the game the way that it looks
It’s a must I redeem my name and haters get mushed
Bitches lust, man they love me when I lay in the cutt
Fisticuffs, the lady give her eighty some paper cut
Now picture us, it’s ridiculous you curse at the thought
Cause when I spit the verse the shit gets worse than Worcestershire sauce
If I could fit the words as picture perfect, works every time
Every verse, every line, as simple as nursery rhymes
It’s elementary, the elephants have entered the room
I venture to say with the center of attention it’s true
Not to mention back with a vengeance so here’s the signal
Of the bat symbol, the platinum trio’s back on you hoes

They see that low rider go by they’re like «Oh my»
You ain’t got to tell me why you’re sick cause I know why
I dip through in that six trey like sick ’em Dre
I’m an itch that they can’t scratch, they’re sick of me
But hey, what else can I say, I love LA
Cause over and above all, it’s just another day
And this one begins where the last one ends
Pick up where we left off and get smashed again
I’ll be damned, just fucked around and crashed my Benz
Driving around with a smashed front end, let’s cash that one in
Grab another one from out the stable
The Monte Carlo, El Camino, or the El Dorado
The hell if I know, do I want leather seats or vinyl
Decisions, decisions, garage looks like Precision Collision
Or Maaco beats quake like Waco
Just keep the bass low, speakers away from your face though

And I take great pleasure in introducing, 50 Cent

It’s bottle after bottle
The money ain’t a thang when you party with me
It’s what we into, it’s simple
We ball out of control like you wouldn’t believe
I’m the napalm, the bomb, the don
I’m King Kong, get rolled, on wrapped up and reigned on
I’m so calm, through Vietnam, ring the alarm
Bring the Chandon, burn marijuana, do what you want
Nigga on and on, till the break of what
Get the paper man, I’m caking, you know I don’t give a fuck
I spend it like it don’t mean nothing
Blow it like it’s supposed to be blown, motherfucker I’m grown
I stunt, I style, I flash the shit
I gets what the fuck I want so what I trick
Fat ass Birkin bags, some classy shit
Jimmy Choo shoes, I say move a bitch move 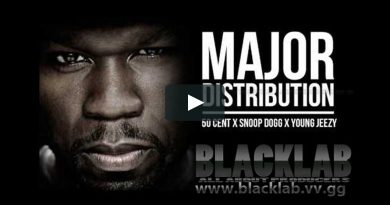 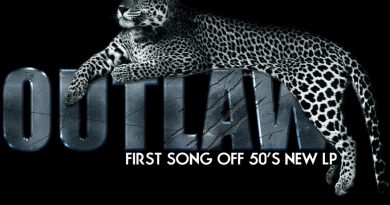