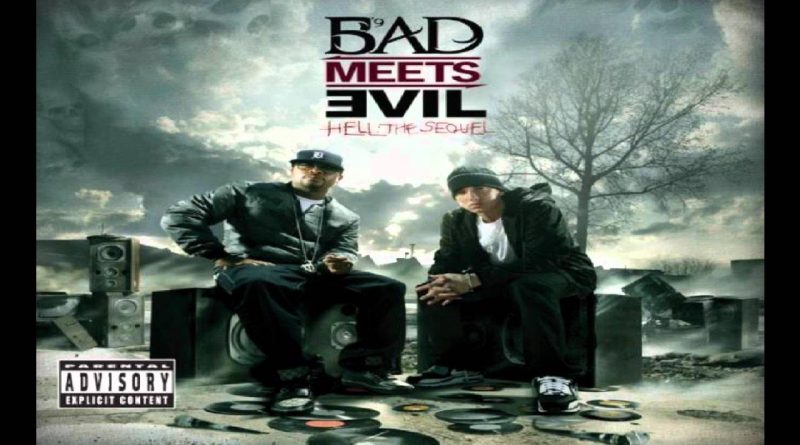 [Eminem:]
Life handed me lemons, I jumped back in the public eye
And squirted lemon juice in it, by now you just wish I’d fuckin die,
But I electrify, get electrocuted executed by
The execution of my flow, too quick for the human eye to detect zoomin’ by.
Choom, chigga, choom, choom, choom, choom, waa. Guess who, what’s happenin’ guy?
They told me to shit, I fell off that pot, hopped right back on that crapper and I
Said fuck “it” with a capital I, look whose back to antag-g-onize.
You don’t like it, you can eat shit fuck off, little faggot, and die,
You’re right back like a magnet on my dick grabbin’ at my, shit better get to the back of the line.
If you wanna get your shot at me, what kinda crap is that? Battle? What kind of rapper would I
Be? ‘Fore I let another rapper think he’s hot, I’ll bury my face in a stinky twat and go ah, ladle, lah, laddie, la, ladle, lah!
Girl, my head space is limited, ain’t even room in the back of my mind,
So I ain’t even thinking about you, I don’t got time, I done told you a thousand times.
So how could I find the time to put a alkaline
Battery in Royce’s back and at the same time put juice in mine? God damn it “Slaugherhouse” is signed!

[Crooked I:]
I’m a menace, villain, my pen is sick and spillin’ my lyrics killin’,
Then I let you witness shit when it hit the ceiling.
A niggas willin’ to give the listeners the sickest feelin’, like mixin’ some Benadryl and penicillin then I’m fillin’.
A the clip with a written, can you picture my pistol drillin’
A million women and children when I’m illin’, but it isn’t real it’s
A rap, on the real it’s a wrap. How could you possibly stop the apocalypse
When I’m atomic bombin’ the populous
Shock the metropolis, hostile as a kid poppin’ his glock at his
Moms and his pops then he hops in his drop with his iPod rockin’ his
Slaughterish documentation of lyrics I write with confidence,
Write like a columnist slash novelist.
I’m in this game to demolish it, establish my dominance
Over prominent rappers, you poppin’ shit to ya opposite.
I can spit ominous, so spit politics,
Now I’m Haile Selassie, Gandhi and Pac of this hip hop genre, bitch!

[Royce da 5’9″:]
Lyrically I’m a cocaine Altoid,
Ability so brain it’s a no brain bow, boy.
Physically, I’m literally a Cocaine Cowboy…
Wait, wait,
Did I just go almost four bars without talking about my big dick?
The other day me and your thick bitch had a great date and we ate cake,
And then and walked, and then she tried to jack me off
But she lost cuz she couldn’t handle my Shake Weight.
I swear, the irony of Ryan is I am bi-polar while I’m rhymin’ standing beside a big ole, big ole white bear.
Neither one of us fight fair,
You are literally lookin’ at Woody and
Wesley in a movie where the white boy ain’t got to jump no where, cuz I’m here.
Nigga I’m on fire!
Yeah, and I am every bitches dream, one two, I’m comin for you, I’m a big ole, big ole nightmare.
Nigga, dis the slaughter, step it up,
I’ll pretty much slap yo ass and tell you to shut the fuck up –
After that I’ll slap yo ass again and
tell you to shut the fuck up shuttin’ up
And that’s how you body a fuckin beat, goodbye.

[Joell Ortiz:]
I should be the one that go slow.
Nah, get a stop watch clock, my flow hit the button on top and watch your jaw drop: oh, oh
Da-da oh, Yaowa.
When I drop, I go outer space,
Black out like Darth Vader’s face, placed in a molten shower, say
Something and get done proper, mama, poppa pourin’ out vodka.
Mama mia, Em pass me the scissors, there’s visitors in the Slaughterhouse casa.
Better jet, boy, go home, better jet, boy, G4 chrome,
Better Jet, boy, Mark Sanchez, Santonio Holmes. I’m not yo any old homeboy just ,
Sittin’ in the lab, pickin’ up a pad, I be spittin’ bad, I’ma get you mad wit this gift; I have little ducks, sufferin’ succotash, when the trigger blast I’ma put your beak on your fitted hat.
R-r-r tat, where da liquor at? Sip a ‘yac, bad bitch and a vicious track
I relididax, slide pro-tools to both; so smooth I coast, to the West like, “Where Crooked livin’ at?”
New York, here’s a piggy back ride to mother land, hold on, brother man,
On the other hand, get down. I’m gutter fam, gun butt you with the Eagle handle, Cunningham.
I don’t wanna talk, I just wanna beef, I don’t wanna piece,
I want it all, baby boy, I don’t wanna eat I want to feast,
Stuff my cheeks with rough beats and shit. You done, weak, I’m the one, capisce?

[Joe Budden:]
Insane what they call us. How you married to the game butchu probably shouldn’t of came to the alter?
Every bar like propane, for the sawed-off you shoulda hang and they’ll fault ya.
Eminem, Mister Porter, slaughter my sentiments eminent torture, all of ya
Feminine marauders, they’re swimmin’ that water, men will assault ya, tommys and bats to resemble Lasorda.
Kidnap your trembling daughter, at least a quarter of my I’ma menacing supporter,
It’s gotta aura more like Sodom and Gomorrah.
Normally, something’s wrong wit’ me, blame it on quantity of the porn I see; on the pawns to me
When I fix the game, y’all think that shits came with a warranty.
How the fuck they gonna stop what I was born to be? Corner me, shit belong to me.
Two choices: you can get along with me, or sit your faggot ass right there in dormancy.
Wait, all he missin’ is heels to be RuPaul, Ain’t nobody that’s real, every knew y’all,
And I’m second to none and I’m dealin’ with bums whose time never comes, now deal with the blue balls.
You ain’t gotta’ fear me but you respect me, niggas who never met me
Threaten me, wanna Gillette me, comin’ to sword fight against a machete swingin’ spaghetti like it’s heavy.
Some said ,deserve a ESPY, in a Chevy like Andretti,
Put the desi where his chest be. 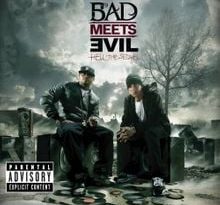 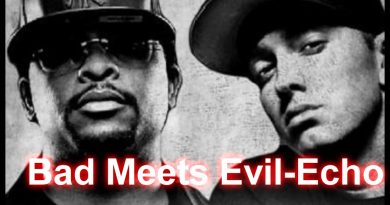 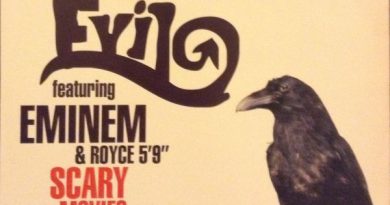